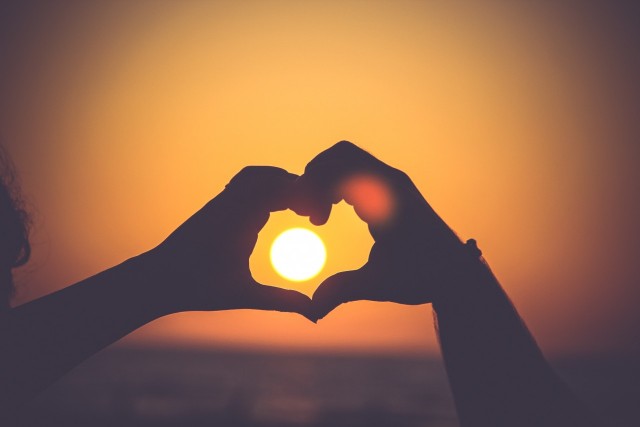 If you’ve ever been in a relationship, you’ve gotten into arguments. You’ve probably gotten into really big arguments. And chances are, you don’t even remember what you were fighting about. Yet things that often seem so insignificant lead to the longest fights because for some reason, we keep fighting on. That’s been true for me and Betsy.

We’ve had long, intense arguments that we either don’t remember what it was about, or that we covered every possible issue known to man. I keep on fighting because it becomes less about the issue and more about just winning. So at the end of the day, nothing is resolved and the relationship isn’t strengthened. I’ve exerted all this energy and time to merely be right.

The Need to Be Right

I’m a very logical person. When making decisions, emotions don’t affect my choices much. This may have come from past experiences – some of the worst decisions I’ve made have been based on emotions.

So when I have an opinion about something, it’s often pretty thought out and makes a lot of sense – at least to me. And I have a need to prove that. Maybe it’s an overinflated view of my own intellect. Maybe it’s a desire to help others see “reality.” Whatever the case, I continue arguing because I need to prove and make the other person see that what I’m saying is more true/logical/real than what they’re saying.

The Need to Be Justified

But at same time, I’m also a somewhat passive person. I don’t get into a lot of arguments because I dislike conflict. I avoid confrontation or disagreement as much as possible. I could be afraid, or I could just not want to deal with the energy drain that a fight would involve. It’s probably a mixture of both.

So I often let people win an argument, or choose to not push my point very far. Yet that doesn’t mean I give up, because I still hold that resentment. So what happens? I replay the conversation afterwards. I go through it word by word in my head and imagine what I would have said, the arguments and comebacks I should have made, and how I would’ve won that fight.

It’s a need to feel justified, as if my argument was validated, even if it’s validated by myself in an imaginary conversation. The reason I go through such lengths to play out these scenarios in my head is because at some level – me being right and being justified is a reflection of my own value and worth.

The Need to Win

This becomes a lot harder in a relationship and especially in a marriage. Typically I could retreat to my own private space and have those conversations with myself. But in a marriage there’s nowhere to run. All the built up frustration and hidden pride come pouring out in the moment.

As a result, I end up fighting, and fighting to the bitter end. Betsy and I have had arguments that last for hours and would put a debate team to shame. At times when proving my point wasn’t that important, when the subject of argument didn’t really matter, or when I knew I was wrong, I kept fighting. Because in a relationship, the worst of you is brought out into the light with nowhere to hide. And so you fight to win an argument, at the cost of everything else, because that’s all you have to hide behind.

The Choice to Lose and Love

So I would argue relentlessly with Betsy to prove my point. I used every point of logic to attack every point she would bring up. It wasn’t about reaching a resolution, it was about winning. Sometimes I was right, sometimes I was wrong. But whether I won the argument or not, the situation didn’t get better.

In our short time of marriage, one of the biggest lessons I’ve learned in arguments is to love. Because that’s what Betsy needs, and that’s what I need to give. It often means losing… on purpose. It’s the complete opposite of what all my instincts tell me to do.

In all honesty, I’m just arrogant. I choose to win, whether it’s in my head or played out in an argument. Yet to love often requires the complete opposite. To love requires me to lose – to lose the argument, to lose my pride, to lose my anger, to lose my stubbornness, to lose my need to be right.

According to my faith, love is most reflected in a single person who chose to lose his right to prove himself, along with his life, so that he could love. To follow my faith, I need to think much less of myself – my pride and arrogance – and live much more like he lived.

There’s a phrase in the Scriptures written by one of Jesus’ followers – “He must increase, but I must decrease.”

It’s true for relationships, friendships and strangers. It’s a choice I need to make every day, in every conflict. To choose not to win, but to lose, and to love.