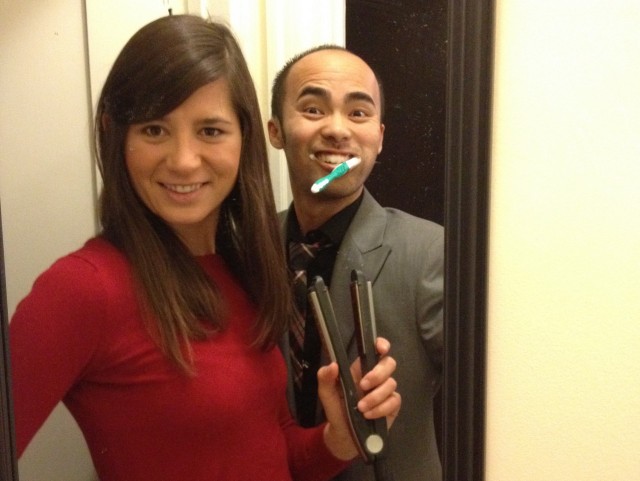 There are generally two topics to avoid if you don’t want to get in an argument with strangers: politics and religion. In our marriage, we have two topics as well: money and travel. Those are hot issues for us that start off innocently but usually end up blowing up. That doesn’t mean we avoid them completely – we’re going to fight about them regardless. But we can fight about them strategically.

We were driving down to a party at a friends house on a Saturday night. Betsy casually asked, “So, how much money do you expect to get this month from your clients?” (I’m a freelance web designer). I started to answer, but then stopped myself. This was a question ready to explode.

What are your hot topics?

Every couple has there trouble topics. Those same conversations that always seem to blow up. You seem to argue about the same thing over and over again. You generally end up with the same conclusion. You may even have “figured it out” and vowed to never fight about that again.

But it inevitably happens.

For me and Betsy, it’s finances and travel plans. Any time we talk about income, expenses, budgeting, saving, or debt, they tend to lead to fights. We have very different views on money and are gradually trying to meet in the middle somewhere, though there will always be push and pull.

The other topic is planning. Betsy loves to plan months and schedule things months to a year in advance. I don’t, because I feel locked in. So anytime we talk about day trips, weekend getaways, or extended vacations, we tend to fight. Heck, we’ve even fought about how to spend a two hours in an evening.

Think through your past arguments. Is there a common trend in what your fight about?

Our topics don’t always lead to fights, but most of the time they do. And they tend to happen more often and more intensely during our no-fly zones.

When are your no-fly zones?

Then are certain times when we’re not exactly at the top of our game. We’re either emotionally or physically tired. These tend to be weeknights, when both of us are tired from our work days. Also Sunday evenings, when we’re mentally getting ready for the week.

During these times, we know we tend to get stressed out more, and respond out of emotional frustration rather than meaningful dialogue. We’ve made the mistakes of trying to talk about these topics, and they end up in arguments that drag late into the night, because we’re both so tired that we’re just talking past each other. Plus we lose sleep and it’s not the best way to prepare for the next day ahead of us.

Those are no-fly zones for us now. We avoid bringing up money and travel unless it’s an absolute emergency that needs to be settled that night.

Another no-fly zone is when we’re going to events, such as parties. Because of the limited time of a car drive, starting an argument isn’t ideal if we can’t finish it. In the past, we’ve either put a pause on our argument and been total party poopers cause we’re both in a bad mood. Or we’ve finished the fight and ended up being late or ditching it completely. We’ve seriously been up to an hour late to dinner with friends because we sat an hour in the car in front of their house fighting.

So that leaves us to discussing out hot topics on weekends, only during the day, and we save up all those discussions until then. The benefit is that during those “fight” times, we’re actually more calm and alert, so the fights don’t happen as much, or our arguments are a lot shorter and more tame.

So when we were driving to that party and Betsy asked about my income for the month, I started answer and going through the details. But then I stopped and just said, “Can we talk about this tomorrow afternoon?” She was good with it, I was good with it. We avoided a fight that could have ruined the party we were going to, but were still able to discuss it the next day.

What times are you most prone to arguments? When are you physically or emotionally tired? When are your stressed or short on time? Try to avoid talking about those hot topics. Use that time to rest and recuperate. Schedule in times when you’re going to have those conversations – when you’re most alert and have plenty of time to talk.

Arguments will happen. But you can decide when they happen and their outcome.

Do you have any tips to add to fighting better in a relationship? Let us know in the comments.